In a bid to enhance the productivity of its operatives in the campaign against corruption, the Independent Corrupt Practices and Other Related Offences Commission (ICPC), recently organised a Basic Investigation Skills Development Course for its staff.

The 2-week course, which was held at the Anti-Corruption Academy of Nigeria (ACAN), Keffi, Nasarawa State from 15th to 26th of January, 2018, had in attendance 43 officers drawn from the Commission’s headquarters, zonal and state offices.

Speaking at the opening ceremony, Head of Training, ICPC, Mr. Dauda Bello said the course was designed to enhance the performance of staff of the Commission in the area of investigation of corruption as they would learn more about national integrity laws and international protocols. According to him, the course would also cover simulation exercises on surveillance as well as asset tracing, seizures and forfeitures. 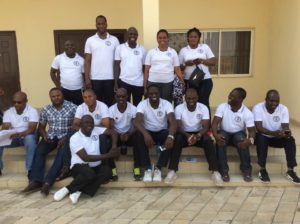 Mr. Bello therefore urged the participants to ensure that the gains of the exercise reflect on their work after the training.

At the end of the 2-week course, participants were subjected to a Computer Based Test (CBT) and a few other practical exercises before they were issued certificates.